Q and A with:
​Phil Roberts 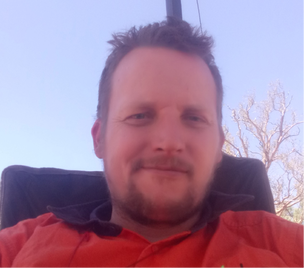 Tell us about your research:
My main research interest in biological anthropology is how disease naturally progresses in the human body, unhindered by modern medicine.

This is a problematic question to answer experimentally as it would involve criminally withholding medical treatment to a study population (See Tuskagee Syphilis Experiment or the Experiments of the Nazi’s during the Second World War for those who have attempted this).

This question is, however, highly relevant to biological archaeologists and anthropologists who study pathology on skeletal remains – and indeed many others in fields in human biology and medicine.

New European colonial populations in the second half of the nineteenth century, undergoing rapid socio-economic change after the public health registration revolution, but before modern medical interventions (such as during the gold rushes) provide a natural experiment to explore this question; this is currently my main area of research in biological anthropology.

What are some achievements from the last few years you are really proud of?
My first ever conference presentation, nearly 13 years ago now, was on an observed epidemic synchronisation between measles and scarlet fever in Victoria between 1854 and 1877. After multiple journal submissions it was finally published in Social Science History last year. I’m deeply indebted to Dr. Heather Battles at University of Auckland for coming on board and helping me out with that paper.

Over the last few years, I have also managed to become involved with a wide range of great research projects. This is all a bit new for me as I had been mainly working on my own. I’m looking forward to working more with the crews at University of Otago, James Cook University and Federation University going forward.

What is it that drew you to your research topic?
I have many research interests these days, but in terms of my research interests discussed above; I came to archaeology and biological anthropology as a mature aged student after a short career as a mining engineer. I did my masters, and subsequently my PhD, at the ANU where I was introduced to the methodological problems facing biological archaeologists and anthropologists by Marc Oxenham, Robert Attenborough and Colin Groves.

I was introduced to the osteological paradox by Marc and found the question fascinating, but as originally pointed out by the Wood et. al. (1992) publication the question would require researchers to cross into other disciplines to answer the question. As such this has been something of a multidisciplinary journey and I have had to become something of a jack of all trades, learning biostatistics, medical history, demography and epidemiology to a passable level.

I have found that this multidisciplinary research role really suits me (I get bored and distracted easily) and it inevitably leads to walking paths that others have never worked before. I believe that there is a great deal of potential for future research in the gaps between research jurisdictions.

How do you stay passionate and focused on your goals as your career progresses?
While I have a research affiliation with the School of Culture, History and Language at the ANU I am undertaking my research largely as a hobby. My main source of income is as a Heritage Advisor in Victoria where I undertake research for Aboriginal cultural heritage management.

There are a great number of advantages to being a hobby researcher – there is a paper there which I may write someday – but one is that being able to put down and pick up different research ideas over time. I have many draft papers hanging around which I work on periodically. My focus has been answering research questions to satisfy my own curiosity rather than advancing my research career goals – which is arguably a mistake professionally but also allows a lot more freedom in research in that I don’t have to specialise, and I don’t have time pressures for any particular project.

Regarding how I stay passionate, once upon a time I was in the army where I learnt you can walk distances, that you never may have thought possible, by simply throwing one foot in front of the other and not giving up. At the moment in my life I have some demands that mean I have not looked at my research projects for a while but I’ll pick them up again soon.

How do you balance work and social life and do you have any tips for achieving this?
Social life… I’ve heard of this phenomenon not sure I believe it’s real.

But seriously, at the moment I have two amazing children who I have 50% custody of, a highly demanding job and of course COVID-19. So, research and social life have had to take a back seat while I’m sorting out my new reality.

Normally, however, I have ‘to do’ lists which I use as my main time management tool. Social engagements and maintaining connections with other people are important and go on the list along with the project work. Not a balance I’ve always done well.

Grant or job failures are commonplace in science. How do you deal with rejection and do you think there are ways as a scientific community we can help each other through this inevitable part of our work?
I saw an interview of J.K. Rowling where she was asked if she felt lucky about having the idea for Harry Potter. She had a great answer to the question which went something along the line of ‘having the original idea was lucky, everything that has happened since then has had nothing to do with luck’. The Philosophers Stone was rejected by eight publishers, but that isn’t the worst I have heard of; Robert Pirsig received 121 publication rejections for Zen and the Art of Motorcycle Maintenance, a book that was on best seller lists for decades. The point is many successful people have faced these challenges and had to work hard to get their ideas through to a final form. If it was easy everyone would be doing it.

Despite the unnecessary comments of all the reviewer twos out there (don’t be that person) rejections are not always about you or your underlying ideas – but may be as much about changing the minds of the gate keepers.

I have learnt a great deal from my rejections, most of mine have been that I haven’t communicated my ideas very well and I have had to work very hard on my written communication, which still could be a lot better. Having to sift through reviewer comments, separating the egotistical and pedantic from those that are actually important, is very depressing starting out and is something the scientific community could do better. It is possible to reject a paper during peer review process while pointing out the positive aspects of the paper and without being condescending.

Despite this it may be that the scientific community will simply not accept your ideas in an undeveloped form. It is important to remember that, in the context of their time, many researchers would never have received research funding for some of their most important contributions to science. While he had supporters at Cambridge University can you imagine what a newly graduated Charles Darwin would have been told in 1831 by a hypothetical research funding board, only a year after the publication of Lyell’s Principles of Geology, about his proposed evolution idea. An idea which was probably poorly articulated in his own head at the time. The point is he had curiosity to answer a question for himself which drove him not career ambitions.

Are you actively involved in science communication? If so, what efforts do you pursue to get the public engaged with your science?
Probably not as much as I could be. In my everyday work as a heritage advisor, I try whenever the opportunity arises to educate engineers and project managers about Aboriginal heritage. I’ve written a few articles for the newsletters of some small amateur historical societies in Western Victoria and was a committee member of the Archaeological and Anthropological Society of Victoria for a little while which organised public presentations. I haven’t done much of this for a little while – good reminder!

Publications in the last 5 years: