Q and A with:
​Alex Wulff 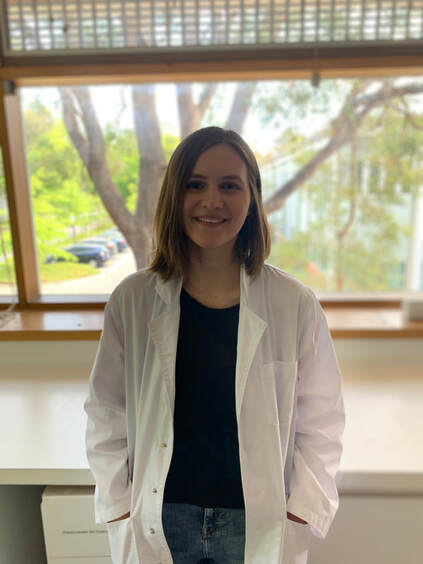 Alex Wulff is an honours student in bioarchaeology at the Australian National University supervised by Dr Clare McFadden.

Tell us about your research
For my honours project this year I investigated the developmental origins of health and disease (DOHaD) hypothesis in a bioarchaeological context. The DOHaD hypothesis states that physiological stress experienced in the first 1000 days post-conception can influence morbidity and mortality in later life. Primarily, my research aimed to investigate whether a particular enamel defect on the canine teeth linked to physiological stress (known as localised hypoplasia of the primary canine or LHPC), could be evaluated within the framework of the DOHaD hypothesis using a late prehistoric Southeast Asian sample. I concluded that for LHPC to serve as a useful stress indicator in future studies of the DOHaD hypothesis, bioarchaeologists should consider both the presence and the prevalence of the lesion in relation to mortality and within known cultural, environmental, pathological and demographic contexts.

What is it that drew you to this research?
I first came across epigenetics and developmental plasticity, two concepts that are linked to the DOHaD hypothesis, in the early years of my undergraduate Science degree. I was fascinated by the potential impacts of early life stress on health in later life. When I became aware that the DOHaD hypothesis had been incorporated into bioarchaeology, I thought that it would be interesting to investigate the ways in which the hypothesis could be examined in a bioarchaeological context. Studying the DOHaD hypothesis also provided me with the opportunity to integrate multidisciplinary perspectives into my research. Given that our understandings of past population health are often limited by surviving skeletal, archaeological and written materials, I believe that the field of bioarchaeology can really benefit from the consultation of relevant clinical, biomedical and epidemiological literature.

What are you most proud about so far in terms of your achievements?
One achievement that I am proud of is completing my honours thesis in what has been a very difficult year. As I am sure has been the case for many other students and researchers in our discipline, the COVID-19 pandemic was incredibly disruptive to my research. The sudden inability to travel internationally meant that I could no longer access my original dataset or study the lesion I was originally intending to focus on. Consequently, several months into my honours year, I had to start almost entirely afresh. Being able to overcome these challenges, with the help of my supervisor and family, made the act of completing my thesis all the more satisfying.

Another rewarding achievement was presenting at the 2019 ASHB conference on a separate research project that I undertook with Dr Katharine Balolia (ANU) on capuchin monkeys. It was my first academic conference and it was great to be able to connect with a community of like-minded individuals and hear about all the fascinating research that was being undertaken in the field of biological anthropology. I am grateful to ASHB for providing me with that opportunity and look forward to attending the 2020 ASHB conference in December.